We are grateful to Oxy’s loyal and committed supporters who remained connected to the College during this unusual time. Through inventive and creative approaches such as the Legacy Gift Challenge, the Science Task Force and the Music and Media Arts & Culture task forces,  and through generous and impactful giving, the College continued to build momentum for The Oxy Campaign For Good. 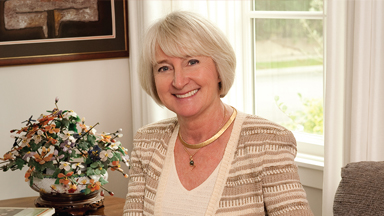 Determined to make a difference in young people’s lives, Trustee Anne Wilson Cannon ’74 has made a multi-million-dollar estate gift to Occidental College that, when added to her previous giving, makes her the largest living individual donor in the College’s 134-year history.

Thank you to the 29 members of the Oxy community who documented Occidental College in their estate plans by June 30, 2021. Motivated by an Oxy Fund match from Campaign Co-Chair Gil Kemp P’04 and Trustee Mike Gibby ’68 and wife Barbara Gibby ’68, more than $7.3 million was committed in planned gifts and $290,000 raised for the Oxy Fund through the match. We welcome these alumni as the newest members of the Ben Culley Society.

Ensuring access for the most deserving students is and will always be the highest priority for Occidental. Our continued gratitude to Louise Dungan Edgerton ‘67 M’69 and Bradford Edgerton for establishing the Edgerton-Occidental Merit Scholarship Program, which enables middle-class students from California to attend Oxy despite the competitive tuition packages offered by the University of California system. Leveraging a $3.2 million challenge fund (that includes a $1.6 million gift from the Edgertons, matched by $1.6 million from the College’s quasi-endowment), Occidental has raised an additional $2.16 million in endowed support. In total, we have secured $5.36 million for the initiative. This outstanding accomplishment was made possible thanks to the generous support of the Edgertons and 68 other donors, including several members of the Class of 1971 who contributed collectively in honor of their 50th reunion. Our first Edgerton Scholarships will be awarded in this 2021-2022 academic year.

“The gift of scholarship support is a poignant, particular kind of giving. At the very core of our mission as a college, it is at once singular and communal. For through your gift, you invest in the individual, and this makes the donation of financial aid decidedly personal. In the same gesture, you are giving back to the school, reconfirming your belief in the College as a community, making Occidental all the stronger as an institution for all of us.” -President Elam 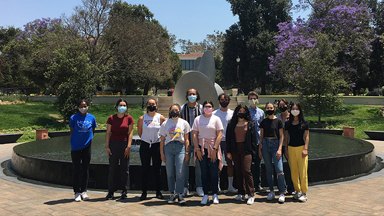 Underrepresented Students in the Sciences

A three-year, $247,500 grant from the Sherman Fairchild Foundation will fund Occidental’s latest effort to increase the number of academically talented underrepresented and first-generation students pursuing degrees in the sciences. Paired with funding from the College, the new grant will make possible the launch of the new Research Early Access Program (REAP). Addressing a gap in Occidental’s annual Summer Research Program, REAP will target qualified students during their first year and encourage them to maintain and develop an interest in science through their participation in an immersive summer research experience.

Established in December 2020 with a $500,000 endowed gift from an anonymous donor, this chairship honors the legacy of Associate Professor Mary Jane Hewitt, who taught at Oxy from 1968 to 1978. A nationally recognized scholar and advocate, she made vital contributions to Oxy’s curriculum, serving as American Studies chair and as the founding head of a campus committee on multicultural education. Professor Hewitt left Occidental in 1978 under controversial circumstances, which ultimately led to more efforts to diversify the campus.

New projects underway include the transformation of Taylor Pool into Cannon Plaza, a new music percussion studio on the lower level of Thorne Hall and a new computer lab, located in the Academic Commons, for the fast-growing Computer Science Department. Giving opportunities are in development to renovate all research and teaching labs in Norris Hall of Chemistry as well as the Thorne Hall orchestra pit, to upgrade Herrick Memorial Chapel and Interfaith Center, to renovate music practice and performance spaces, and create a new film screening room for the Media Arts & Culture Department. 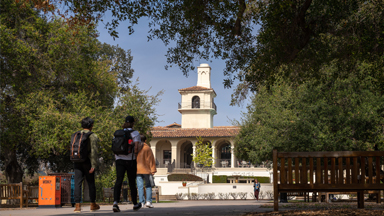 Oxy alumni and parents play prominent roles in a wide variety of industries, with noteworthy leadership in the sciences, music, media and entertainment. While Oxy sees great success in its academic departments that cover these areas today, their full potential will only be realized through significant investments in both campus spaces and faculty. Over 50 alumni and parents as well as faculty participated in task forces focused on the sciences and music and media arts & culture to discuss, identify and recommend the necessary campus and faculty investments within the Campaign. 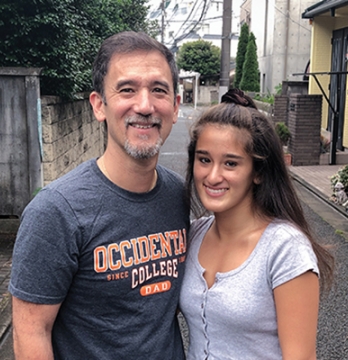 Allen Fukada’s four years at Oxy became a cornerstone of his personal and professional life. 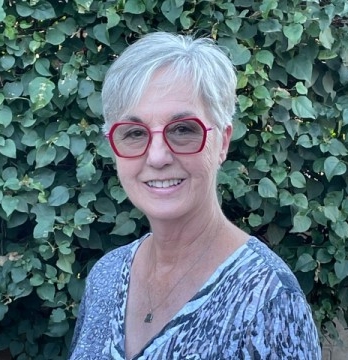 I couldn’t have gone to Oxy without financial assistance, and in my career in private higher ed I have seen how expensive it has become and how essential financial aid is. 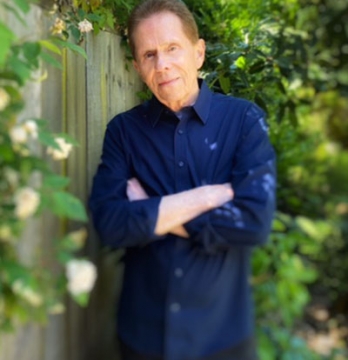 I've spent my professional life primarily in a combination of private practice and teaching; not a day has passed that has not been rewarded in some way by my Occidental education. 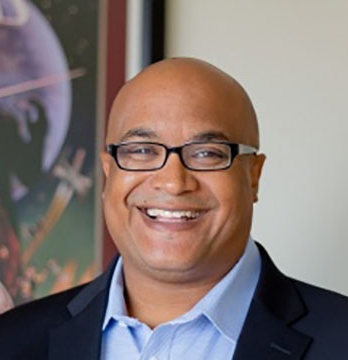 That’s what was so cool about Occidental—you could follow your hearts and try to change the world. And we were supported in that.

Join Us and Support Oxy

Your support of The Oxy Campaign For Good impacts students today and for generations to come. Please join us.