Despite the challenging year 2020 has presented, the community support for The Oxy Campaign For Good was inspiring. In fall 2019 and early 2020, the Oxy community gathered in several cities as well as on-campus, to celebrate the past, present and future of the College. Thank you to the hundreds who have gathered and supported the College in order to build a strong foundation for Oxy—For Good. 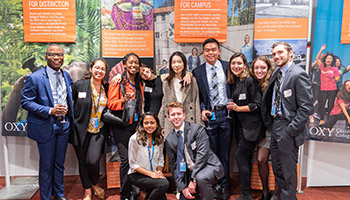 The Oxy Campaign For Good in New York

Students, alumni, faculty and friends of the William and Elizabeth Kahane United Nations Program gathered in New York City on October 22, 2019 to honor the program as well as to celebrate the public launch of The Oxy Campaign For Good. Guests had the opportunity to tour the U.N. which included the Security Council Chambers, the Delegates Artifacts Exhibits and the General Assembly Hall. They later joined together for a reception with fellow New York alumnus Steve Coll ’80 who is a two-time Pulitzer Prize winner, former managing editor of the Washington Post, staff writer for The New Yorker, and dean and Henry R. Luce Professor of Journalism of the Columbia University Graduate School of Journalism. Steve discussed his award-winning investigative journalism of the U.S. involvement in the Middle East, and how his Oxy education supported him throughout his career.

Guests also learned from current and former Kahane U.N. Program students about their experiences in the long-standing program. Then-President Jonathan Veitch and Campaign co-chair William M. Kahane ‘70 then discussed The Oxy Campaign For Good and how support and involvement is critical to the future of Oxy. 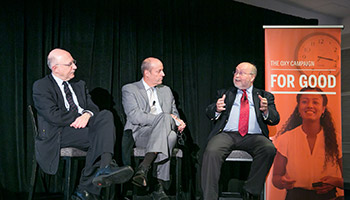 The Oxy Campaign For Good in Boston

The Occidental College Alumni Association and host Adam Portnoy '93 celebrated the The Oxy Campaign For Good in Boston on October 28, 2019. Alumni and students from the Boston area gathered to hear the latest on the Campaign from Portnoy, as well as Board of Governors member Evita Chavez '15 and then-President Jonathan Veitch. Guests then heard from foreign policy experts and distinguished alumni Barry Posen '74 and Steven E. Miller '74, who shared their insights concerning international security and how Oxy prepared them for their extraordinary careers. 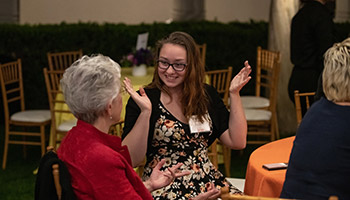 On Tuesday, February 25, 2020, alumni, students and faculty gathered for one of the last on-campus events, the annual Celebration of Access and Opportunity reception. This event is held each year to thank the hundreds of donors who generously support student scholarships, the top priority of the Campaign. Guests gathered in Booth Courtyard and heard from Trustees Greta J. Mandell '72 P'92 and Timothy Allison-Hatch '71 and Dean Wendy Sternberg about how their gifts make Oxy possible for so many. 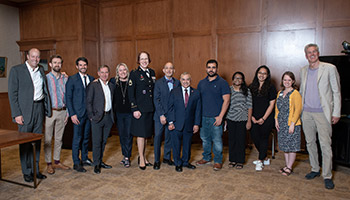 The Obama Scholars Program at Occidental was launched in 2017 to honor President Obama '83 and empower the next generation of leaders in active pursuit of the public good. Each year, thanks to the generosity of hundreds of Oxy donors and friends, scholars and fellows join the Oxy community to pursue their academic aspirations to prepare them to make meaningful change in the world. Additionally, the Obama Scholars Program Speaker Series seeks to bring leaders and change agents to campus to discuss their work in relation to the Obama administration’s work and the mission of the program.

On February 27, 2020, Oxy hosted the third event in the Obama Scholars Program Speaker Series: “Repealing ‘Don’t Ask, Don’t Tell': Lessons Learned and Where We Are Today.” The impressive panel was led by Obama Scholars Advisory Council member Joe Solmonese, CEO of the 2020 Democratic National Convention Committee and former president of the Human Rights Campaign (HRC), which played a key role in lobbying for the repeal. Students, faculty and staff heard from this pioneering group of veterans and advocates for LGBTQ+ rights who worked tirelessly to successfully overturn “Don’t Ask, Don’t Tell” legislation in 2010. 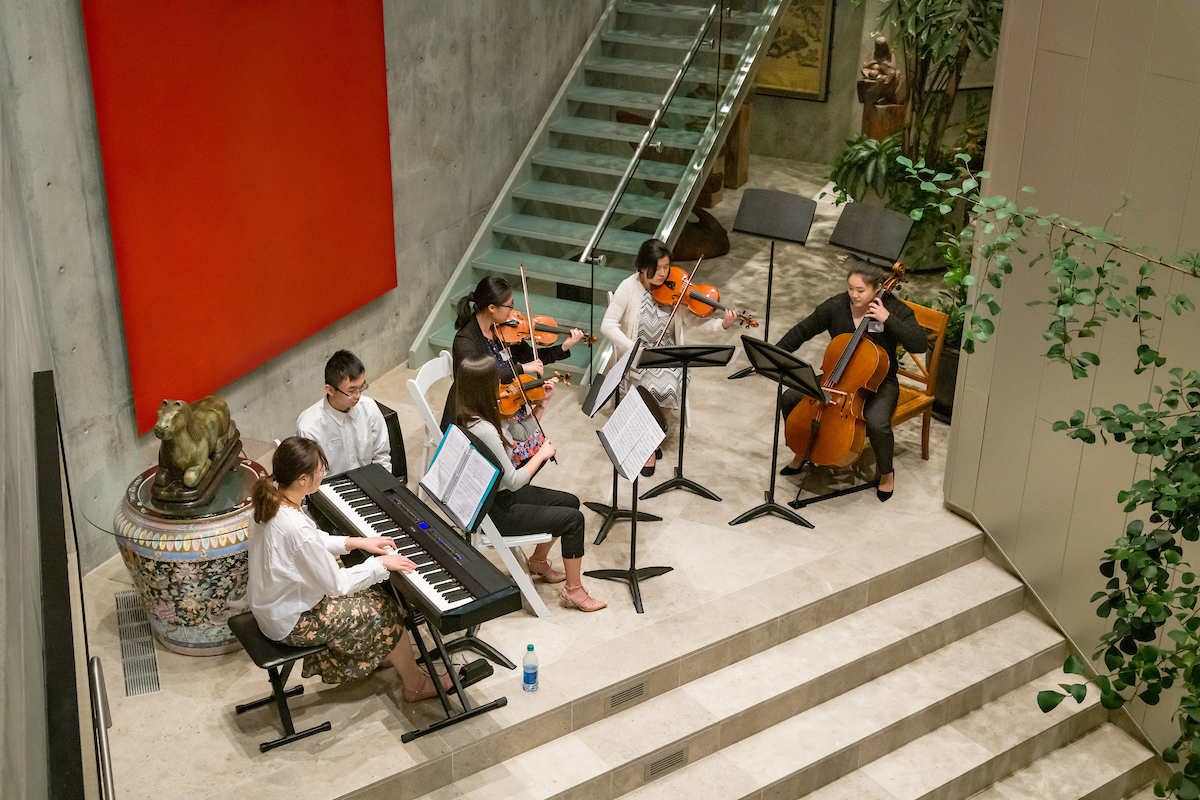 The Oxy Campaign For Good in Malibu

On Sunday, March 1, the Oxy community in Southern California gathered at the beautiful Malibu home of Charlie and Carrie Chen P’20 to experience the many facets of Oxy’s growing music department and to celebrate The Oxy Campaign For Good. Alumni and parents had the opportunity to meet the award-winning music faculty, including Ramona Gonzalez '09, who is a Los Angeles based musician and multimedia artist (performs as Nite Jewel) and is the Johnston-Fix Professor of the Practice in Songwriting at Oxy.  Guests then had an inside-look at the expertly-designed audiophile room of Dr. Chen. The evening culminated with a moving performance by an Oxy student quintet led by Desiree La Vertu, Director of Choral and Vocal Activities and Chris Kim, Director of Instrumental Activities.

While new capital projects have been put on hold during the campus closure, several large campus projects are completed
or are close to completion. We thank the many generous donors who made these projects possible.

The De Mandel Aquatics Center, McKinnon Family Tennis Center and Robinson Family Terrace will have a significant impact on athletes, the campus and the community as a whole. We are grateful to our many generous supporters for bringing this long-awaited project to completion and for helping us build new, beautiful facilities for our student-athletes and the greater Oxy community.

The Anderson Center for Environmental Sciences will soon open, allowing Oxy to embrace an interdisciplinary approach to environmental science. Generously supported with a lead gift from Trustee David Anderson ’63 as well as The Ahmanson Foundation, the W.M. Keck Foundation, and the National Science Foundation, the 14,000-square-foot renovated space in the Robert T. Moore Laboratory of Zoology will provide enhanced teaching, research and exhibition space, including the cutting-edge Fletcher Jones Foundation Genomics Center, the Rose Hills Foundation Outdoor Classroom and the Hearst Foundations Teaching Lab. The Vantuna Research Group’s marine biology work will continue to thrive with two newly renovated lab spaces as well as the redone Dr. John Stephens Dive Locker, a gift made in his honor by Linda Taylor ’63 and Leighton Taylor ’62.

At the heart of the Center will be the 65,000 specimens in the Moore Collection, the world’s largest assemblage of Mexican birds, as well as the Cosman Shell Collection, which has more than 117,000 specimens of gastropods and bivalves from around the world, on display in the Endeavor Foundation Atrium.

The Choi Family Music Production Center has seen steady construction progress and is on track to be completed by fall 2020. The renovated space in lower Booth Hall will give students and faculty access to a state-of-the-art facility to take their artistry to the next level. We are grateful to the Choi family for the generous support of this important effort. 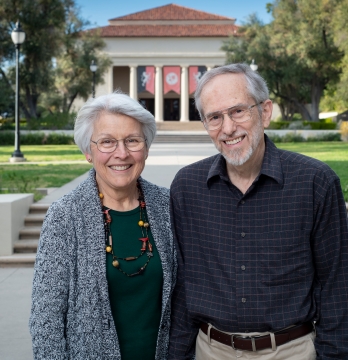 I think we always felt that we have gotten a lot out of the College, and that it made sense to contribute to the extent we could. 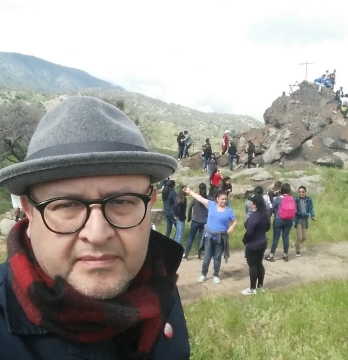 If we can make Oxy students and graduates key participants in improving people’s lives, that’s a proud legacy for the College. 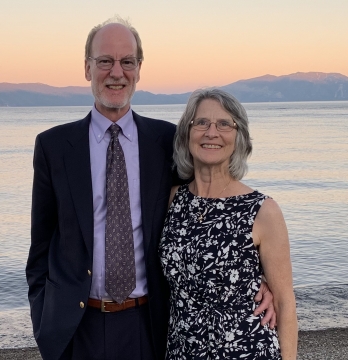 We live in an increasingly technical society...that combination of technical fluency and the liberal arts background is really a valuable asset—how can I help others have access to that? 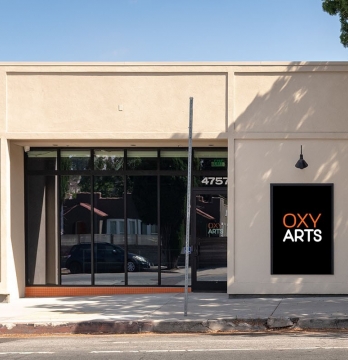 By modeling a community-centered approach to arts education—and art making—we hope that Oxy Arts and its partners will be regarded as accepting and accessible spaces that increase exposure to and participation in the arts for all community members. 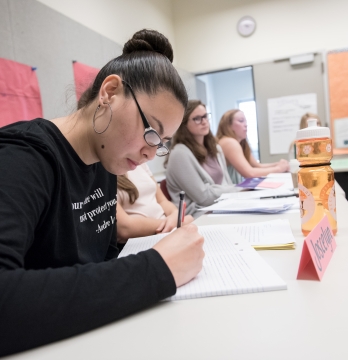 We want to make sure that Occidental can continue to recruit the best and brightest, regardless of their background. 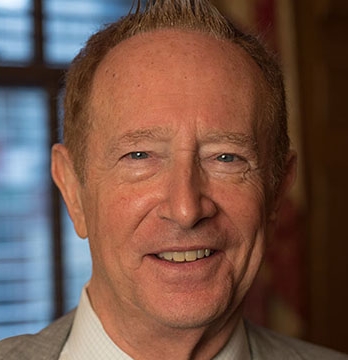 It’s important, regardless of the amount of money involved, to give. Building the endowment means the College can fund more scholarships. 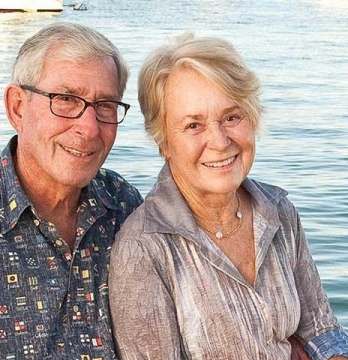 Oxy was so supportive of me. It gave me a scholarship, an outstanding education, and lifelong friends.

Join Us and Support Oxy

Your support of The Oxy Campaign For Good impacts students today and for generations to come. Please join us.