Our goal through The Oxy Campaign For Good is to establish Occidental College as a premiere institution for preparing leaders who make positive change across the creative economy and beyond.

Through the campaign, we seek investments in one of Oxy’s most exciting academic departments—Media Arts & Culture (MAC). With your partnership we will enhance programmatic flexibility, provide state-of-the-art technical resources for our faculty and students, create essential new teaching and learning spaces, and fully leverage Oxy’s location in the international media hub that is Los Angeles.

Approaching MAC in a Distinctly 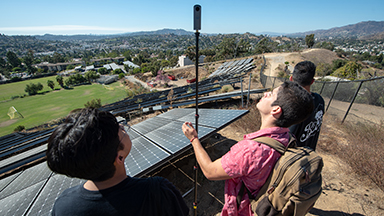 MAC’s intimate, uniquely liberal arts curriculum is essential in the way it links media making and media literacy, preparing its graduates to think critically about the societal implications of current and emerging media forms and to tell stories that address real-world issues and leverage new opportunities. Our mission is for every MAC student, whether or not they go on to be media makers or scholars, to be critical and creative participants in an increasingly networked and pervasive media culture. 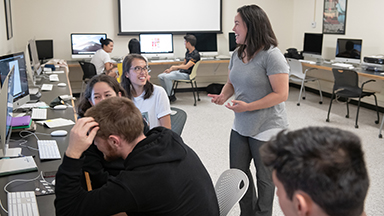 Preparing Students to be Creative Leaders

Our liberal arts tradition is a significant differentiating factor in preparing students for success throughout the rapidly evolving media and entertainment industry. By exposing our students to a range of academic disciplines and creative media practices, encouraging thought-provoking discussion among Oxy’s diverse and talented student body, teaching them how to combine thinking and making, and providing them with meaningful faculty advising, we cultivate their capacity for producing critically engaged and culturally sensitive work.

All MAC majors engage in historical, critical, and practice-based coursework. In turn, MAC students graduate not only with technical skills, but more importantly possess the analytical and collaborative capacities that position them as future leaders. Oxy graduates do not simply slot into today’s creative industries; they stand to transform them into more innovative, engaged and inclusive sectors through the tenets of Oxy’s mission: excellence, equity, community, and service.

Collaborations Across Disciplines and Partn 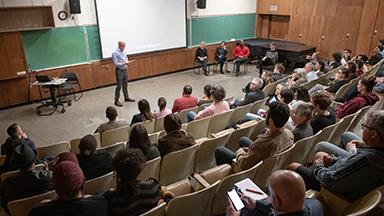 MAC functions as an influential and intellectual “collaboratory,” animating the connections across disciplines through creative digital expression and rigorous examination. An intentionally porous program, MAC engages faculty across traditional disciplines and is specifically exploring synergies between the MAC, music and computer science departments. These programs share many students, and faculty guest-teach and visit courses in each other’s departments. For instance, in MAC/Music 258: Introduction to Film Scoring, taught by Associate Professor of Music Adam Schoenberg, students investigate the aesthetic relationship between film and music and are required to score short films by media production majors. In MAC/COMP 271: Haptic Media, Mellon postdoctoral fellow Teddy Pozo helps computer science and MAC students to collaborate on media projects that incorporate the sense of touch. There is great potential for further collaboration, including multimedia installation/performance; media scoring; computational, interactive, and emergent media; sound studies and audio culture; and digital art and activism. We also seek to engage with industry partners in L.A. to provide additional, hands-on experience for our students and to build mutually beneficial relationships with leading creative organizations. 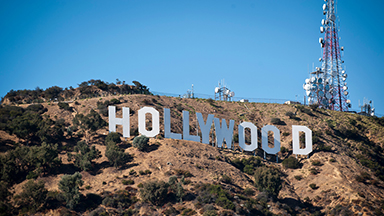 MAC is the country’s only liberal arts film/media department located in a major metropolitan area. Our location in Los Angeles, a media capital and one of the world’s most dynamic urban areas, positions ours as the most compelling liberal-arts-oriented undergraduate program available. MAC students engage in invaluable internships, networking, and research opportunities across the Los Angeles entertainment and media landscape. For example, in addition to industry internships, students have collaborated with community partners like Freewaves, KCET, the Highland Park Independent Film Festival and the ACLU of Southern California. Students also actively engage Los Angeles as a filming location, a site for media activism, and an invaluable repository of compelling stories and subjects. 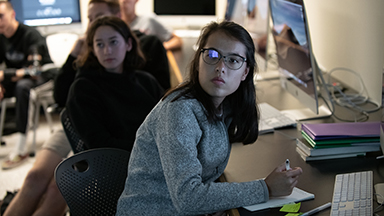 MAC became a stand-alone department in 2016, but its history at Oxy is in fact a much longer and more impactful one. Generations of alumni recall Dr. Marsha Kinder, who started a film studies focus in the English department over 50 years ago, and the transformative media production experiences provided by avant-garde filmmaker Chick Strand, who created a Film and Media Studies Program in Art History and Visual Arts.

Spurred by growing student demand, the curriculum’s ever-increasing relevance to the media industry and a rapidly changing digital culture, the program has doubled its faculty and tripled its enrollment since 2004. Even as the numbers of course offerings and MAC majors continue to expand (80+ majors makes MAC one of the fastest growing and most popular majors at Oxy), the department provides students with invaluable one-on-one interaction with faculty. 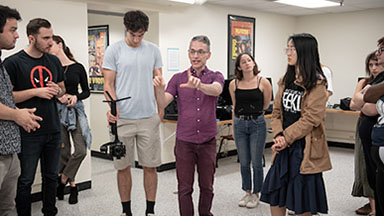 Experts in all areas of media and film, Oxy faculty members and instructors have chosen to be a part of the Occidental MAC community because of the vision and aspirations of our program. Our impressive faculty and staff include award-winning narrative and documentary filmmakers, animators, designers and digital storytellers, as well as thought-leaders in media critical thinking and theory.

What Oxy MAC Graduates Are Doing

How Your Philanthropy Can Help

Join us and support Oxy’s Media Arts & Culture program within The Oxy Campaign For Good. Your generosity towards the people, programs and places of MAC will help position us for larger, visionary investments in the future.