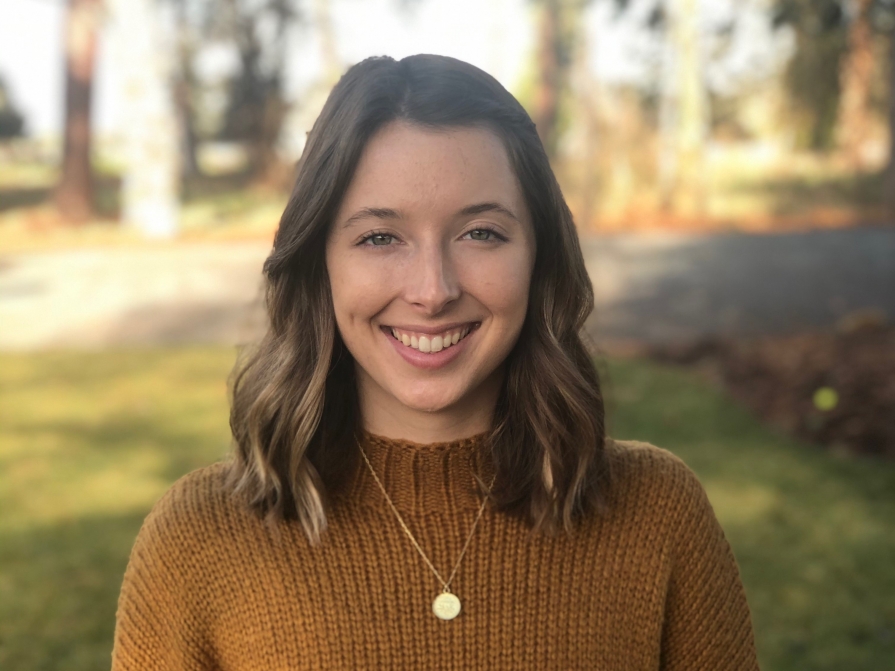 As the first in her family to attend College, Andrea DeVries felt fully supported by her family as she pursued her educational goals. Her parents instilled in her the belief that if she worked hard for what she wanted, and was passionate about it, she would be able to achieve her goals.

This motivation has helped her thrive at Oxy, where she sees students pursuing their passions every day.

“Oxy is a place where there's so much opportunity and so many students are taking advantage of those opportunities. Oxy sets you up to have a range of experiences, and it's your job to take advantage of them,” she says. “I've been able to do that in so many different ways—from study abroad to different clubs and activities to internships. Oxy makes that all possible.“

A double major in French and Media, Arts and Culture, Andrea has found opportunities to blend her multiple interests through Oxy’s interdisciplinary approach to academics, and says that helped to shape her future goals. She’s hoping to take her interests in language and media into a career in international marketing.

She spent the fall 2018 semester abroad in a French immersion program in France and had the opportunity to study media through an international lens. Oxy’s financial aid covered her studies abroad, making it possible for her to get this direct experience. Last winter, she returned to Paris through a Young Grant to complete research for her Senior Comprehensive project on Francophone culture and its historical context.

“It was really interesting and intriguing and has allowed me to add a lot more to my comps project than I would've been able to by staying in the U.S.” she says.

She’s keenly aware that an Oxy education has opened doors for her that she would not have otherwise had access to.

“Everyday I try to remind myself that so many people don't get this opportunity, and that I should take advantage of it and appreciate it,” Andrea says. “It's a privilege, and I'm really grateful for it.“

Andrea knows that the financial support she received has made so much of her experience possible and she’s grateful for the funding that supported her tuition, study abroad and research experiences—giving her the chance to focus on her education and pursue internships to help her build skills and determine the direction she wants to take after graduation.

As she looks to her own future, she’s hoping to pursue a career that she’s passionate about, and credits Oxy with giving her the skills and confidence to do this.

“Oxy has changed my life in more ways than I can even say,” Andrea says. “Occidental has taught me to think in a very critical way and build my own ideas. It has impacted how I look at the world and has given me confidence.”

Andrea sees the value of giving and how it has affected the trajectory of her own life through her experiences at Oxy. She says she thinks often about the donors whose gifts have supported her, even though they’ve never met, and that she hopes to be able to make the same impact on a future student through her own gifts one day.

“I hope that donors understand how influential they’ve been in my life, and the lives of so many other students,” says Andrea.