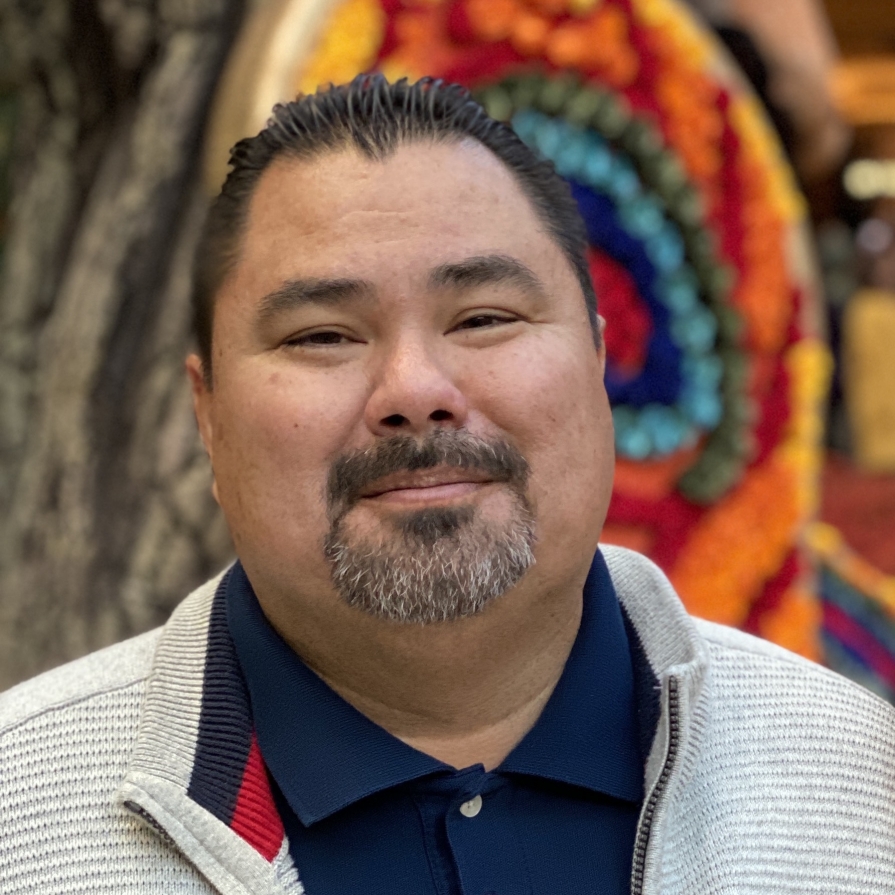 With appreciation for his outstanding service to Oxy's Latino community and to the College community as a whole, the Board of Governors honors Angel Cervantes '94 with the 2021 Alumni Seal Award for Service to the College.

Angel is a teacher in the Los Angeles Unified School District and a professor at Glendale Community College. For over two decades, Angel has served Occidental and the Latino Community.

As a student, he served as a member of the ASOC and MEChA/ALAS. As an alumnus, he has served as a member of the BOG, Alumni Council, Alumni Reunion Committee, ViSTA, ALOED, Leadership Giving, and of course, OCLAA. His achievements include helping to bring César Chavez to Oxy in 1991, co-founding the Latino/a Scholarship Fund in 1994, and, in that same year, was the first Latino elected as president of the ASOC in the history of the College.

Angel has served three terms as the president of OCLAA, helping to create the History Project in the Imagenes Latinas Room. Much of his work as a student and young alumnus was during a tremendously challenging time for Latinos in the country. His service to the College is only a fraction of the work he does to support his community.

Angel was a national student leader in the 1990s student movement for immigrant rights, he fasted for 16 days as part of the affirmative action movement in 1995, and he was appointed a city commissioner for the City of Los Angeles and the City of San Fernando. He currently serves as the executive director of the Cervantes Fund for Social Justice and as a radio personality on KROJ 101.5 FM Radio Ollin - the radio station he helped to found in the San Fernando Valley.