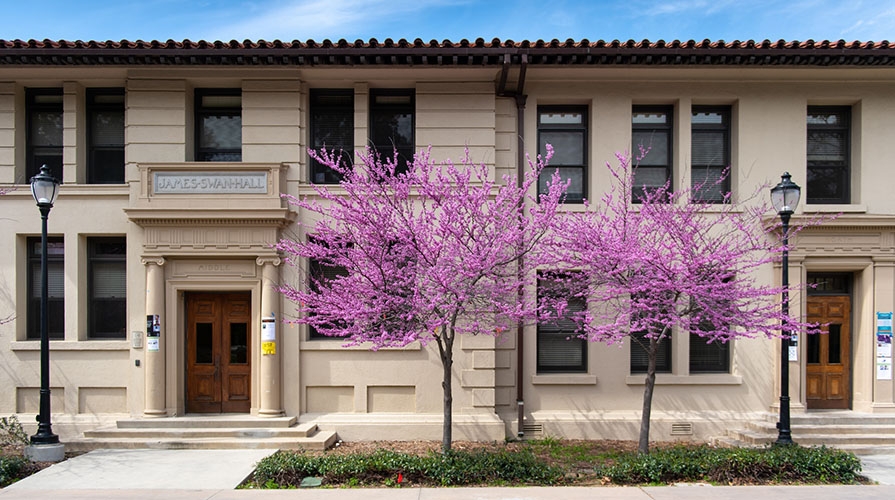 Inspired by Occidental’s commitment to access and inclusion on campus, the parent of a current student is making Oxy’s high-quality liberal arts education available to more through an endowed scholarship fund.

Recently, the parent was walking around campus with their student when they ran into the student’s science professor. The professor recognized the student immediately, greeted them warmly, and the two had an extended conversation about the year and the student’s plans for the summer.

For the donor, the exchange was “everything that’s right about small liberal arts colleges.” It exemplified the richness of interactions and the fact that students are not anonymous, which creates a special environment for them to grow and thrive.

“Being known and recognized can be transformative for individuals,” the donor adds. “It has been for our child, and I want students who don’t think it’s a possibility for them to have that, too.”

Inspired by The Oxy Campaign For Good’s giving opportunities, the donor established an Endowed Cornerstone Scholarship that provides meaningful tuition support for one student from each class, for a total of four students each year, in perpetuity. In this way, the scholarship provides assistance for students at different stages in their college experience.

The donors themselves were grateful to have attended small liberal arts colleges thanks to scholarships rather than family wealth.

“We grew up with the recognition of how powerful it was to have access to this education and how privileged we were not to be facing down loans when we graduated,” said the parent, who works in education in a role that supports access and equity for low-income public school students.

Having seen firsthand how hard many of their students struggled to attend and complete college while working full-time, the donor has an appreciation for how much effort that takes and how graduating with loans can affect career decisions.

“That made it really important to me to share some of the privilege we have to allow access to schools like Oxy. Helping to make the experience of such an education possible for amazingly talented students who just don’t have the gift of being born into generational wealth is so important.”

The donors were additionally inspired to give due to Occidental’s commitment to increasing access to an Oxy education and diversity on campus. They feel that a lot of institutions don’t recognize the problem of certain students not perceiving those institutions as a place for them. This is both because of who these students see attending the institution and because they assume it’s not affordable for their family.

“I have felt that Oxy is really making efforts to change that and is committed to creating access to an Occidental education,” the donor explains. “That’s why it felt like a great place to support and help reinforce what’s being done.”