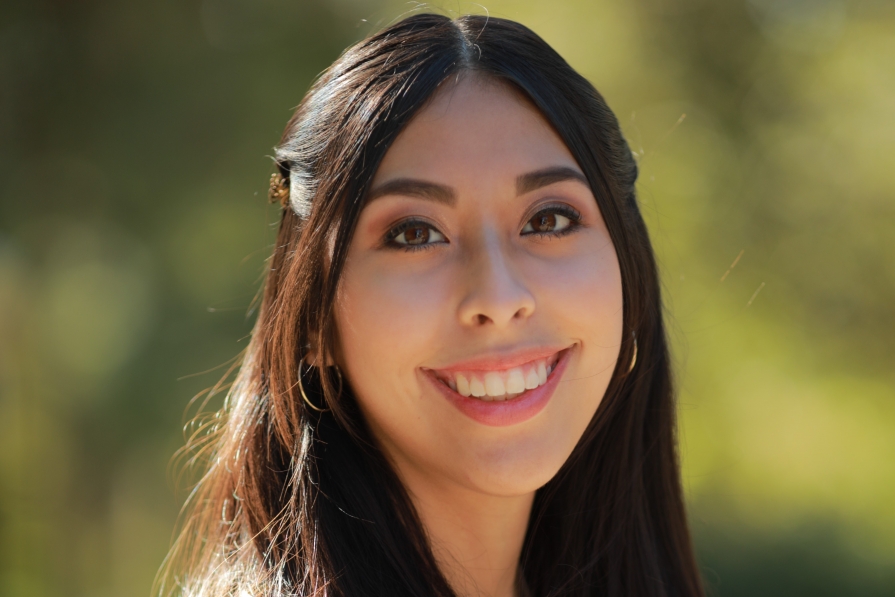 Darla Chavez ’21 has known since she was four years old that she wanted to be a lawyer.  Through a strong academic foundation as a diplomacy and world affairs major, research pursuits tied to immigration law, and leadership opportunities at Oxy, she has firmed up her goals.

Originally from Peru, Darla’s family moved to California when she was young. As the first in her family to attend college, Darla says getting admitted to Oxy, and getting a generous financial aid offer, was significant. The financial aid meant that attending Occidental wouldn’t be a burden to her family, which was important to Darla. It also meant that Darla could focus more on her academics and the extracurricular activities that have enhanced her experience at Oxy.

“Thankfully because of financial aid I've been able to split my time between extracurriculars and things that I'm very passionate about,” she says.

One of those passions is student government. Darla has been involved in the ASOC, Oxy’s student government, since her first year, serving as her class senator for two years. She also served on the ASOC finance committee and external affairs committee, and she worked in the Intercultural Community Center on campus. In all of these roles, she’s wanted to make a difference for her classmates. One project she’s especially proud of is her work to make financial aid more understandable to Oxy students. She partnered with the Financial Aid Office to host a town hall to help students better understand the financial aid process and have their questions answered.

“I think it's just really important to get involved with the community where you are,” she says. “Everything that I've done has allowed me to build really deep and meaningful connections and I think I've gotten to meet a lot of really amazing people.”

Thanks to financial support, Darla studied abroad and began research that she hopes will become her Senior Comps. She returned to Peru to study the effects of globalization on indigenous communities. There she researched the integration of Venezuelan migrants into Peruvian society, and learned more about the experiences of migrants and their perspectives on immigration.

Darla says the opportunity to attend Oxy and the experiences she’s had here have taught her a lot about herself and given her confidence to pursue her goals.

“Constantly being challenged by my professors and my peers to think critically and to analyze things has really taught me that if I put my mind to it I can accomplish anything,” she says

Through her coursework—especially a course with professor Thalia González called Rebellious Lawyering—she’s learned more about the issues facing many communities and the ways in which she could impact them as a lawyer.  Darla says that this course gave her exposure to the law, which can be uncommon for undergraduate students, and it prompted her to become more involved with different immigraiton organizations. Oxy has shaped Darla’s professional goals by setting her on a course to law school and giving her the resources to focus her interests.

“I plan to go to law school and focus on public interests and be able to eventually give back to immigrants like myself who are going through the legal process in the U.S. so they can have the experience of living the American dream the way I have,” she says.