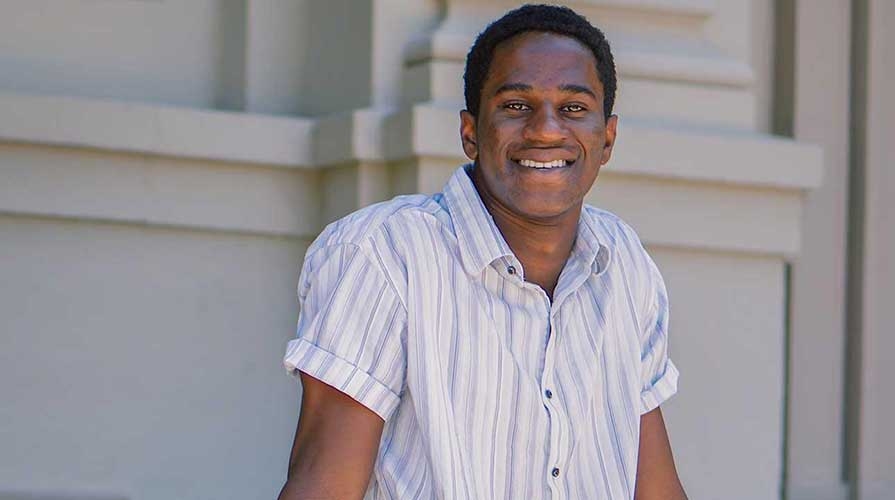 Dire Ezeh had a decision to make about his future.

“I had to choose between two schools in the Northeast and Oxy. What sealed my decision was the DWA department and the programs it offers, such as the Kahane United Nations Program. Oxy was everything I wanted in a small school with the location and academic programs of a much larger school.”

Being raised in Kenya, coupled with exposure to international relations from an early age, made DWA an appealing course of study for Dire. “Exposure to the diverse population living within Nairobi cultivated my interest in the topic; I continue to learn more and more about the world’s troubled past and present.”

Far from his home in Nairobi, Dire found himself active in the politics of Los Angeles through his coursework. “International Political Economy with Professor Khagram was another meaningful course for me,” says Dire. “During this course I worked with L.A. city officials to help lay the groundwork for some of L.A.’s long-term development plans, an opportunity I would be pressed to find elsewhere.”

Dire’s relationship with his former academic adviser, Sanjeev Khagram, “encouraged my potential as a student and pointed me toward many incredible opportunities. He cares for his students.”

Last semester, Dire applied his DWA studies during a semester abroad in Paris. “I wanted to improve my spoken French and explore the city and the countryside. Additionally, France has been one of the countries taking on the most refugees from the Syrian conflict, which was a topic of study in my DWA courses.”

Dire is grateful for support from the Oxy alumni community. “I received enough financial aid that my parents could afford my tuition; I only needed small loans. I do not take it for granted that I am able to attend this institution.”

Thank you quote: “Many resources would not be possible if it were not for your contributions. Io triumphe!”