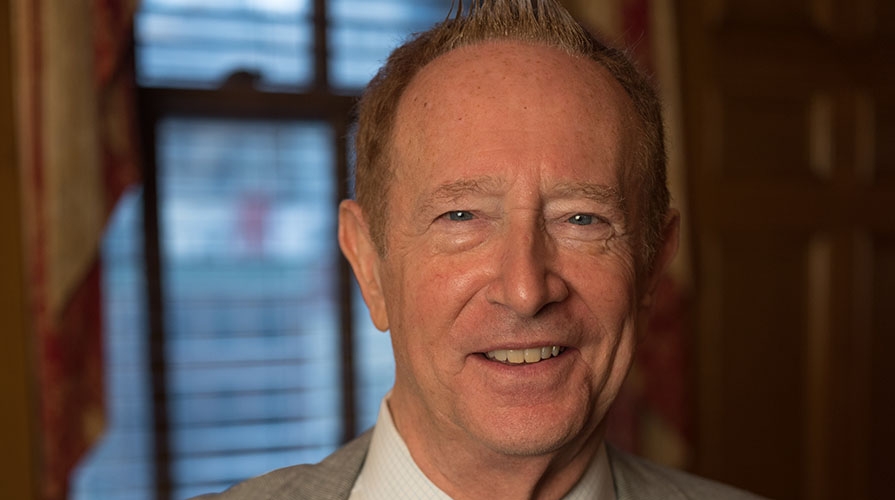 Edgar (Ed) Cosman ’72 was Oxy’s last business administration major, despite the fact that the program was eliminated two years before he graduated.

The New York native who grew up on Long Island correctly foresaw a career in business for himself, and has fond memories of taking classes from Joseph Haring, the Richard W. Millar Professor in Economics and Finance. “He was an excellent teacher,” he says. “He discussed the subject matter, we talked about the textbook, we answered questions, we had discussions. Everybody thoroughly understood the subject.” Ed also found time to work on the yearbook staff, write for The Occidental, and learn the game of bridge while living in E. Norris—a skill he still uses today.

His first job came from an opening posted at what was then Oxy’s Counseling and Placement Center, an entry level position at Lockheed Aircraft that led to a post as an airline fleet planner, traveling the world to help airlines create business and financial plans. “That was fun,” he says. Eventually he took over management of the family business, a chain of 60 drive-through convenience stores in New York established by his father, Dieter. Throughout his life, Ed has found himself drawing on his Oxy liberal arts education. “I think the liberal arts experience teaches you how to deal with the world,” he says. “My friends and other alumni that I’ve run into along the way, they really value that liberal arts background. Over the years, they’ve come to appreciate that’s really what makes them click.”

Ed has served as an Oxy volunteer in a number of roles, from chairing the New York chapter of the Alumni Association to interviewing prospective students and hosting receptions for admitted students. A Tiger Fund donor, more recently he has, in his own words, “put his money where his mouth is” with two major gifts. In 2014, he and the Cosman family donated the Dieter Cosman Shell Collection to the College— roughly 117,000 specimens from around the world with great scientific and research value. Since then, Ed has made a significant estate gift to the College’s endowment. “It’s important, regardless of the amount of money involved, to give,” he says. Occidental’s endowment is far smaller than many of its peers, yet it has not wavered in its efforts to make an Oxy education available to talented students regardless of their background. “Oxy has been very, very committed to making sure that someone’s not shut out from that valuable education for financial reasons,” he says. “Building the endowment means the College can fund more scholarships.” Supporting the endowment isn’t really giving, he adds: “It’s paying back the College as a thank you.”