Rich Sportsman ’75’s earliest memory of his friend, James A. Conlin ’74 (pictured below), was in 1967, when the two were going out for the wrestling team at La Serna High School in Whittier. 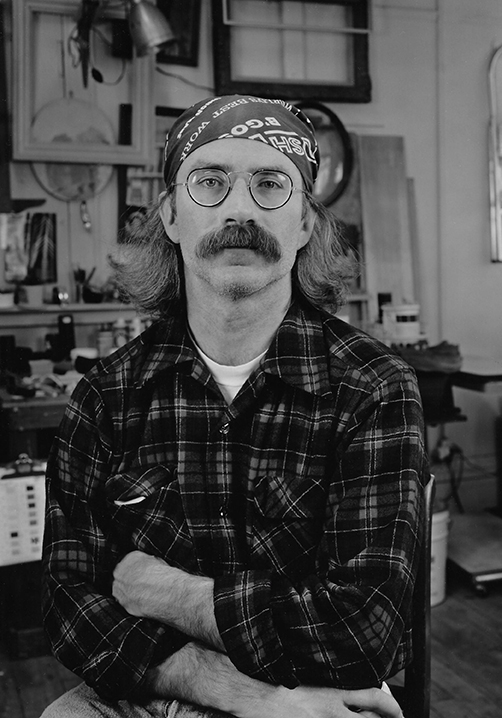 “Jim was a year ahead of me and one of the best wrestlers in his class—and I was not,” he notes with a laugh. After his sophomore year of high school, Conlin transferred to Phillips Academy Andover in Massachusetts, and Sportsman didn't see him again until their paths reconverged at Occidental.

Sportsman arrived at Oxy in the fall of 1971 from Rio Hondo Junior College in Whittier. He majored in chemistry and eventually went to graduate school at the encouragement of his adviser, Professor Frank DeHaan, and got his Ph.D. in analytical chemistry at the University of Arizona. “Oxy worked out very well for me,” says Sportsman, founder and president of Vinmetrica, which develops instrument systems for analysis needs of wines, beverages and foods.

In January 1972, Conlin transferred to Oxy, having attended Fullerton Junior College, Columbia University, and Foothill College prior to that. “Jim ended up as an English major and became particularly close to the people teaching arts and photography,” Sportsman says. He had also taken up auto mechanics as a hobby, and used his mechanical prowess to assist others. “He helped me put my Chevy engine back together when I blew it up one time,” Sportsman notes, “and he helped several people at Oxy get another couple of years out of their own vehicles.”

After Oxy, Conlin went on to earn an MFA in photography at Rochester Institute of Technology. In 1981, he joined the George Eastman Museum in Rochester, N.Y.—the world’s oldest photography museum and one of the oldest film archives—as assistant registrar. He was promoted to registrar of the museum’s collections in 1995, a position he held until October 2003. “Jim would travel to Europe and Japan and other places to assist with putting on the showings of items from the museum’s collections,” Sportsman says. “Likewise, he would be responsible for organizing shows at the museum.”

Conlin and Sportsman kept up with each other through mutual friends such as Karl Christ ’77, but it wasn’t until 2017, when Conlin bought a bougainvillea-draped home with a view of the ocean in Encinitas, just a few miles away from Sportsman, that they renewed their friendship. Together, they enjoyed fishing and camping trips, travel, and live music outings: “He would drag me off of my couch to go do stuff,” Sportsman adds.

Besides living a frugal lifestyle, Conlin received a sizable inheritance from his father, a retired executive with United Can Company in Fullerton. “Jim was not an ostentatious fellow,” Sportsman says. “He had simple furnishings in his house—beautiful old objects—but he wasn’t one to spend money on a lot of fancy, expensive things. He made his own meals and he liked to have his beer and whiskey in the afternoon if he felt like it.”

Conlin developed cancerous lymph nodes in his neck and had extensive chemo- and radiation therapy to stabilize his condition back in 2013, but the cancer persisted, and Conlin passed away in October 2021.

In writing his will, Conlin designated the residuary value of his estate to Occidental, which has generated more than $2.8 million for educational assistance to people of lesser means. “I think Jim looked back and realized what a great contribution our time at Oxy had made to us,” says Sportsman, who consented to serve as executor at Conlin’s request. “Giving everyone a crack at a fine education at a place like Occidental is just what he wanted—and he would be pleased to know that his legacy will be remembered in that way.”