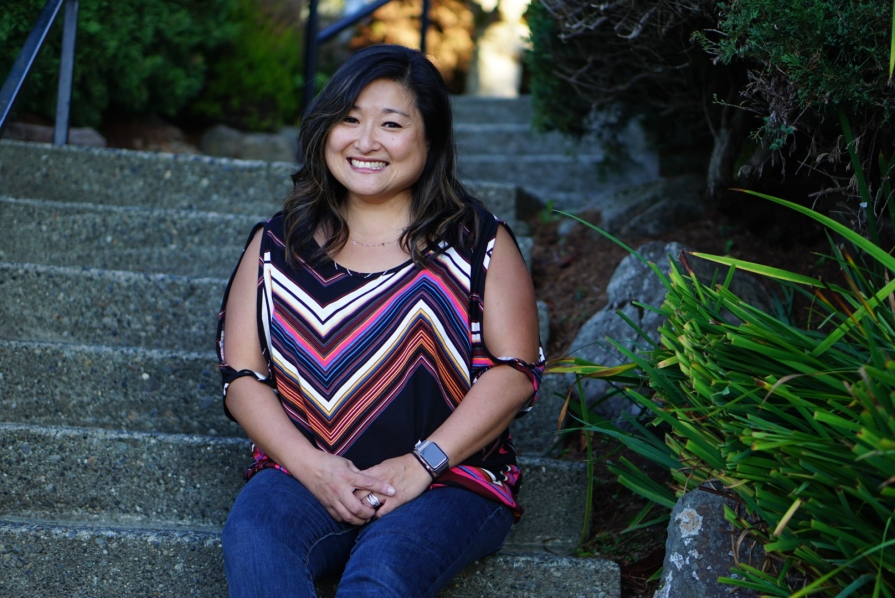 Esther Teodoro attended Occidental in the early 90s, a time of racial tension and unrest that bears an uncanny resemblance to the present day. During her first year, Los Angeles was in the throes of the Rodney King trial and subsequent riots.

But at the same time, John Brooks Slaughter was the College president, and support for the ideals of multiculturalism and social justice flourished on campus.

“I feel an immense gratitude for not just what I learned in the classroom,’ Esther says, “but for learning how to navigate the world with a more critical lens rather than just an ‘it is what it is’ attitude. Oxy and the liberal arts created the perfect environment for learning to view the world in shades of grey rather than black and white, she adds.

After years of working in the PR industry in L.A. and Seattle, in 2009 Esther launched her own event-planning firm, Big Gigs, working with clients like Microsoft, Starbucks and Madrona Ventures. Her event experience has its origins in college, when she was hired to plan Orientation. “It was the hardest thing I’d ever done, and I was flying by the seat of my pants. But I loved it!”

Coming to college from out of state, Esther really valued her experience of building a community from scratch as well as figuring out how to pay for college as a 17-year-old, things that really helped her learn and grow. Since graduating from Oxy, she has consistently supported the Oxy Fund, the Glee Club and the Asia Pacific Islander Scholarship Fund.

“I’m so grateful for my experience at Oxy. I can’t even express in words how much it has affected who I am as an individual.”