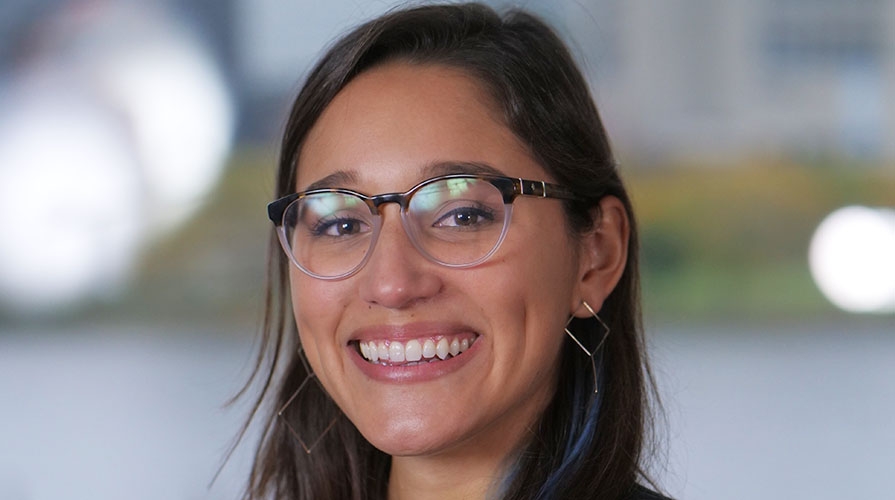 Evita Chavez ’15 grew up just 15 minutes from the Occidental campus, but it wasn’t until she took a  tour in high school that the light bulb went off.

While the beauty of the campus was striking, what really impressed her was that “people were willing to stop in the middle of their walk to class to talk to me about their experience at Oxy and answer any questions I had—and I was just a prospective student. I thought that was phenomenal,” she says. “And oh my gosh, I’m so glad that I chose Oxy.”

With interests in multiple fields, including politics, history and English, uncertain which to pursue, Evita knew she wanted a wide-ranging liberal arts education. When she found the urban and environmental policy major, “I got very excited because I thought it was the ideal combination of all of those interests,” she says. “It’s just the perfect example of a liberal arts education, taking everything apart and putting it all together and then making it into something actionable.” More broadly, her four years at Oxy “helped me meet a lot of professors who had a lot of confidence in me that I didn't yet have in myself, pushed me in the direction of a lot of great opportunities and challenged me to think critically and differently about the world around me.”

Her advisor, Associate Professor of Urban and Environmental Policy Martha Matsuoka ’83, played a key role in that process. Matsuoka guided her through her senior comp project on gentrification in Highland Park and then suggested she send it to local city council members, who ended up implementing some of her recommendations. “Martha's phenomenal and so supportive and I now consider her a very dear friend,” Evita says. Even with that transformative academic experience, Evita believes she learned as much outside the classroom. “At Oxy, there's such support to be more than just a student. I got to learn a lot through being a resident advisor, through studying abroad and the various internships I was encouraged to have during my summers,” she says. “I got to really put my learning into action, and I think I learned a lot more outside as a result.”

Inspired by her Oxy experience, Evita is now pursuing a master’s degree in urban planning at the Harvard Graduate School of Design. She makes a point of giving back to the College by serving on the Alumni Board of Governors, conducting admission interviews, and hosting alumni events in Boston. “I try to give back in whatever capacity I can,” she says. “At Oxy, I became a critical thinker. I became a really strong writer. I learned to speak up when I have something on my mind. I had experiences that taught me to think globally. I met all these wonderful friends and mentors. I stay involved with the College because I want to make sure that there are more people who can have those same opportunities.”