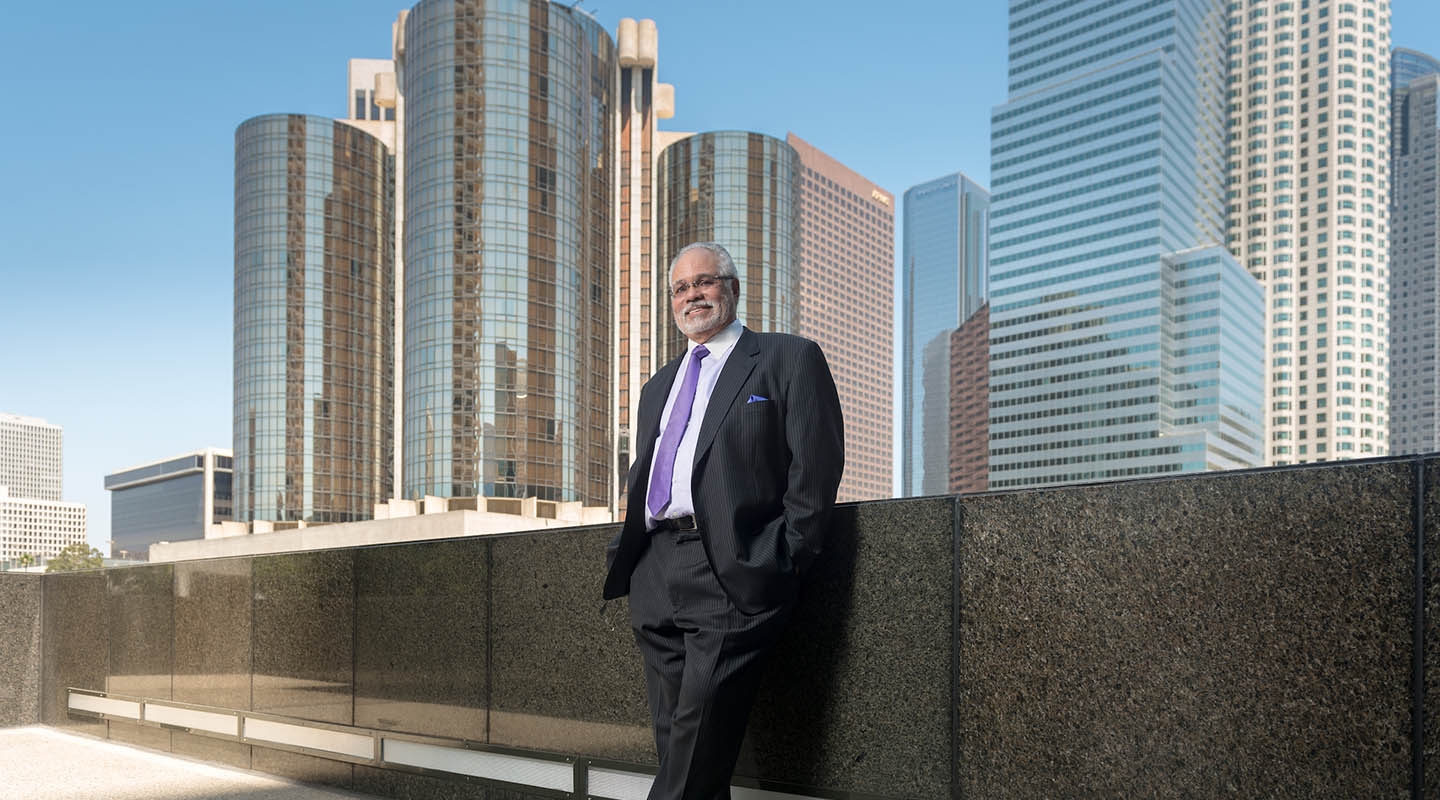 As a kid growing up in Phoenix, Gene Grigsby ’66 recalls summer drives with his family to New York, where his father took ongoing coursework to earn a doctorate. Because there were few accommodations along the way for African Americans, at times the family had to rough it.

“I never understood why my father would stop in every city and ask the first black person he saw, ‘Where can we get something to eat? Where can we stay?’” Grigsby says. “I’ll never forget sleeping in the back of the station wagon in Santa Fe, New Mexico, behind the Safeway, because there was no place to stay.”

Such experiences, he adds, were “indelibly embedded in me” as Grigsby prepared for his own college career. By the time he entered Occidental, Grigsby was committed to working on behalf of the “have-nots” in his community.

He got the necessary tools for doing so during his time at Occidental, where he earned a degree in sociology and psychology. In addition to teaching urban studies at UCLA for 35 years, Grigsby was CEO and president of the Los Angeles-based National Health Foundation, which addresses healthcare issues of the underserved.

“Occidental teaches you how to think and how to learn,” says Grigsby, who enrolled at the College on the advice of a friend. “For me, those are the hallmarks of an educated person. Particularly in the world now, how do you discern fact from fiction? When I hired Occidental students, even though they didn’t have any expertise in particular subject matter, they excelled. They excelled because they could write and, more importantly, they could think.”

At Oxy, Grigsby helped to break the color barrier in the Greek system, after initially being dissuaded by a fraternity from pledging because his membership would threaten their charter. He subsequently joined Kappa Sigma, at the behest of its members, who in 1963 renounced the group’s national charter to admit its first black member. Kappa Sigma then converted into locally run Phi Sigma Omicron.

Grigsby has never stopped making a difference. At the foundation, he helped grow the endowment from $1.7 million to its current $7 million. Also on Grigsby’s watch, he established a program in which homeless people who are discharged from Los Angeles hospitals but who still need medical treatment – as many as 1,000 per year – are able to live in motels.

The so-called “motel model” even received a grant from the state of California. NHF now runs a 120-bed facility near downtown Los Angeles that provides temporary housing, while helping the homeless find jobs and permanent accommodations.

Grigsby hasn’t strayed far from his Oxy roots. He served for 35 years on the Board of Trustees, for a time chairing the Buildings and Grounds Committee. He continues to trumpet the virtues of the College in his own development and in new generations of students, recalling seminars that sociology Professor Paul Sheldon hosted at his home.

“That really helped me begin to understand what a small liberal arts college education could do for you,” Grigsby says. “I grew up, I blossomed, I began to see where my place was in the world.”