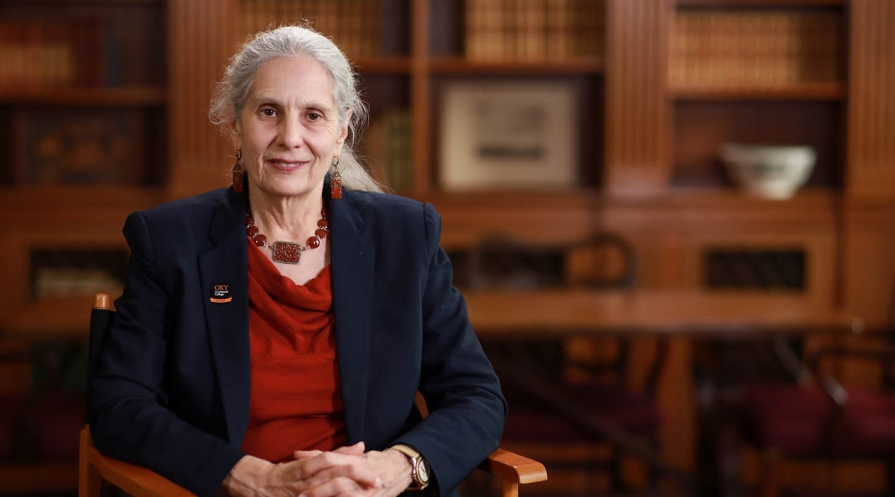 There was little time for Gloria Duffy to celebrate the collapse of the Soviet Union in 1991. Thousands of nuclear weapons lay scattered across former Soviet satellites that included Ukraine, Belarus, and Kazakhstan.

As deputy assistant secretary of defense under President Clinton, Duffy’s job was to help those countries dismantle their weapons of mass destruction.

“We faced a task of negotiating with them to try to convince them to do this, and then give them the practical assistance to help them do it,” says Duffy, now president and CEO of the San Francisco-based Commonwealth Club, the largest and oldest public affairs forum in the United States. “It was a unique problem. What we did over the next several years was go out and negotiate 50 agreements with those countries.”

Through Duffy’s efforts, the United States was able to eliminate 7,000 nuclear weapons. It was during her student days at Oxy that she first became concerned about the arms race between America and the Soviets.

“I wanted to take some steps to try to help do something about those dangers,” says Duffy, who worked for the Rand Corporation after graduation, helping to advise government agencies on the threats.

These days, Duffy is a member of the College’s Board of Trustees. She’s also made a significant legacy gift to the College, money that will be used to augment the institution’s endowment. Staying involved with Occidental—and investing in its future—was never in question.

“It’s where the fundamental basis for what I’ve been able to accomplish during my life and career was laid,” she says. “It invigorated me intellectually, and it gave me even more of a sense of social mission than I had when I came. It’s extremely important to nurture that. Oxy is a very special place.”

Duffy created her own major—called an independent pattern of study—that was a melding of the sciences and the social sciences. After traveling extensively during her childhood, she was leaning toward a career with an international bent.

“Oxy is a place where young people can become aware of the needs in society, and gain the knowledge and analytical capability to contribute in a positive way,” Duffy says. “The college provides the education, the values and the support network that helps one to do good.”

Her liberal arts grounding, in particular, helped Duffy navigate her more than two years with the Department of Defense. She helped end threats by tackling them through an interdisciplinary lens.

“Nuclear arms control is a scientific problem, it’s a military problem, and it’s a societal and economic problem,” Duffy says. “You can better address these problems if you bring a perspective grounded in all of those disciplines. In my career, I’ve always been known as the person who demanded from my staff a lot of information before making decisions.

“Oxy has a special role in preparing people to be leaders. It allows one to think about values to improve society, and it gives young people the tools with which to do that.”