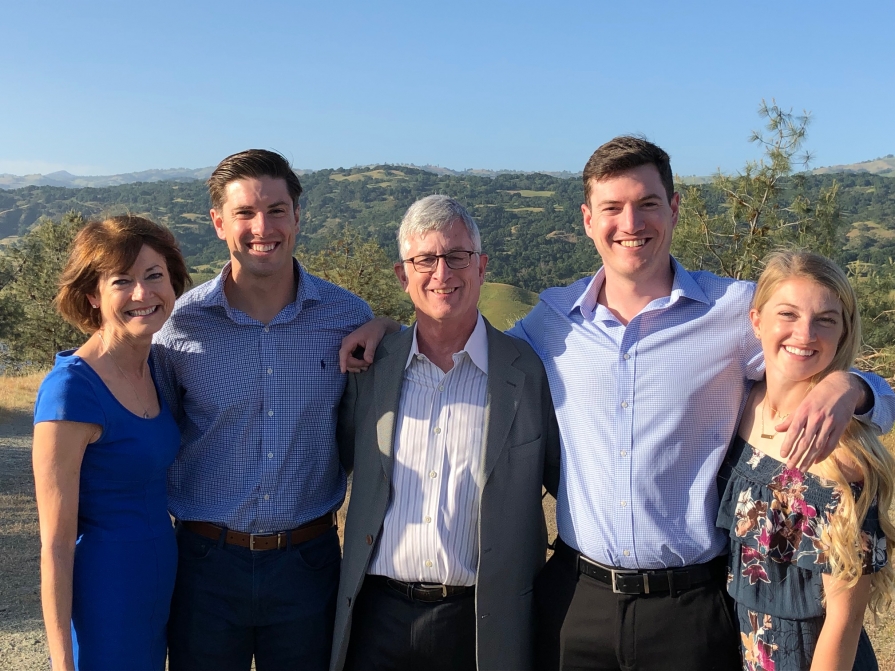 Richard Whitmore and Jacinta Pister are going on 12 straight years as Occidental parents. From sons Brendan ’12 and Nathaniel ’16 to daughter Marie ’20, they have seen the institution cultivate, challenge, enrich and nurture each of their children in unique ways.

“Oxy is a place of academic rigor with warmth, community and support,” says Jacinta. “There is nothing like the attentiveness of the Oxy faculty and staff, who do everything in their power to ensure that students thrive emotionally, socially and academically during their time there.”

They acknowledge that the full experience— outstanding professors, academic programs and co-curricular activities—is supported in part through the generosity of the larger Oxy community. The full cost of a high-quality liberal arts education is not covered by tuition alone, and for an institution like Occidental whose reputation is ascending, the need for philanthropy exists in the same way an independent high school’s might.

Richard and Jacinta’s involvement in the College grew over time. Their oldest son really defined himself at Oxy through his involvement in the water polo team, so they started with a contribution to the Tiger Club for athletics. Then they hosted an event at their home in Northern California for newly admitted first-year students. It kept growing from there.

Today, aided by Richard’s extensive professional background in K-12 education, they are involved as co-chairs of the Parents Council, and they also serve on the Oxy Fund Council Executive Committee for The Oxy Campaign For Good.

“We are happy to see the College set ambitious financial goals," Richard says. “Because of my education work, I know that pathways to and through college are the currency of the moment in education policy.”  Oxy is admired nationally for its high percentage of Pell Grant students and its opportunities for first generation college students, and Richard reflects on how this expanded his children’s worldview.

“It’s been wonderful to see the progression from quick-to-judge young adult minds to a more comprehensive, broadened perspective on how they approach problems, decisions and judgments,” Jacinta adds.

Both parents believe that—regardless of one’s position on the political spectrum—a solid liberal arts education is important to improving America’s future. And Oxy’s vision for the future is one they heartily support.

“There’s a quotation from writer Neil Postman: ‘Children are the living messages we send to a time we will not see.’ Our children’s time at Oxy has been such an important part of creating a message for each of them.”