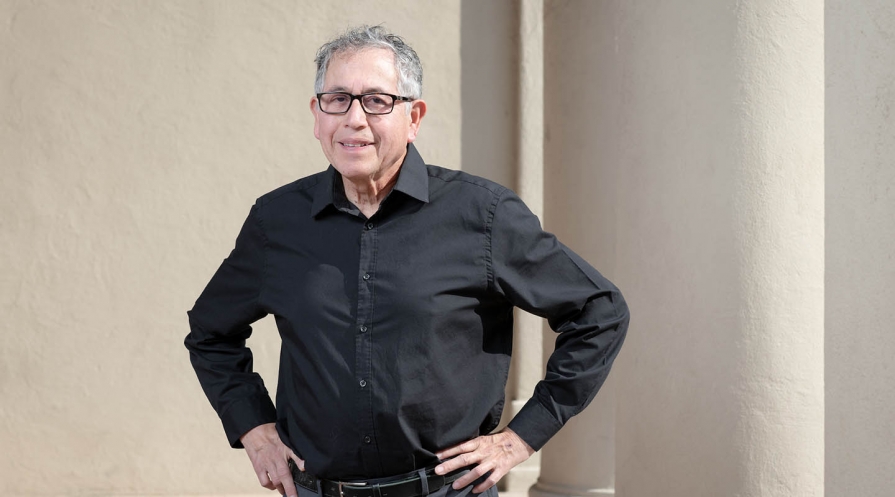 In his work as a filmmaker, Jesús Treviño borrows from lessons learned as a young student of color, who at the time questioned whether he could even succeed in college due to his race and income status.

The message he received at Occidental was life-changing.

“At Oxy, I learned that no man is an island, that we all belong to a larger universe that encompasses not just the Occidental community, but the Los Angeles community and the American and world experience,” Treviño says.

“These are values that got inculcated in me through the process of dialogue and debate, and interacting with students a faculty. Over a period of four years here, you change. That is priceless.”

A philosophy major and religion minor, Treviño attended Occidental on a full scholarship. A liberal arts background, he attests, has made him nimble in the face of adversity.

“When I’m on the set and an actress is an hour late, or this set got blown up and we won’t be able to film there tomorrow, you instantly go into problem-solving mode,” he says. “That’s when my experience at Oxy comes to the fore: we’ve got to break it down and find out what our options are. These are the kinds of skills that you get at Occidental, that you can carry on in no matter what your career is going to be.”

It was in Eagle Rock that Treviño took a course in classic cinema from Marsha Kinder, professor of English and comparative literature. One assignment was to write a term paper about a movie, or, alternately, for students to pen their own screenplay. Treviño chose the latter.

Fifty years later, he continues to make transformative art, often told by underrepresented voices.  Treviño’s 1979 film, Raices de Sangre (Roots of Blood), was selected as one of the 25 Most Significant Films of Latin American Cinema during the 36th annual Valladolid International Film Festival.

Treviño’s credits also include Seguin, a drama about the siege of the Alamo that he wrote and directed. The 1982 film, “about a community that America knows little about, and that is Latinos,” aired nationally on PBS’s “American Playhouse.” It remains one of Treviño’s proudest accomplishments.

“Few people know that inside the Alamo were Mexican-Americans fighting for Texas, and I had to tell that story,” he says. “At the time it was revolutionary. It was the first time that a lot of these actors got a chance to do something positive, and they weren’t portrayed as gang members.”

So long as there are stories to be told, Treviño will be there to tell them. It is a calling, a responsibility to “create a better world.” Oxy, by nurturing a diverse student body, is helping to do that, he says.

“All of it is sharing with the world a certain vision, human values, and aspirational qualities of what you would like the world to be,” notes Treviño. “Occidental is an ideal petri dish for nurturing storytelling. I look back and I think I was so lucky to be at Oxy, where I got that nurturing and support that I needed.”