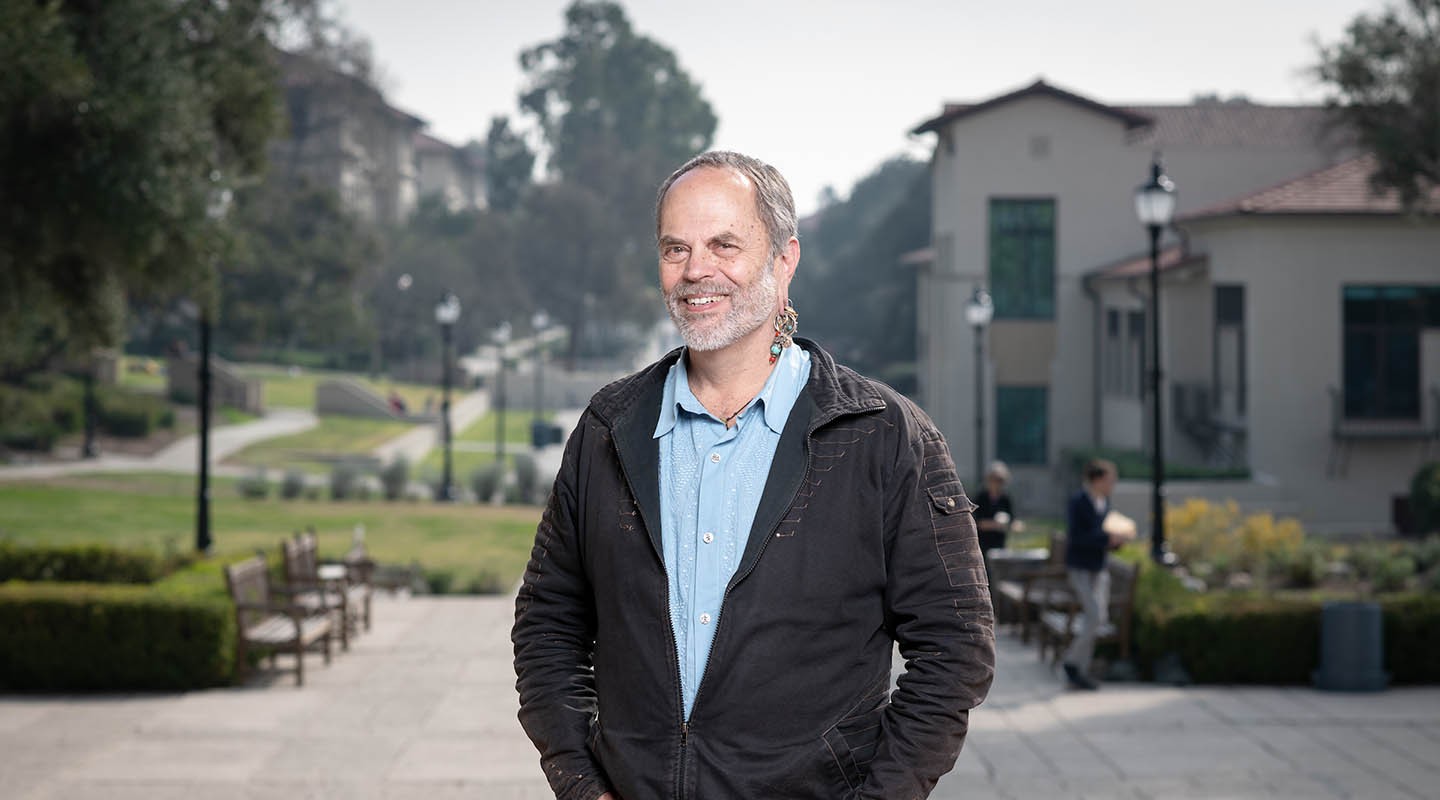 Joe Rohde wasted no time deciding on his future when he first stepped onto the Occidental campus as a high school student.

“It was one of those beautiful late spring days, and I thought, ‘Oh, it does look pretty. I’m going to go here,’” he recalls. “I did not have a Plan B.”

His college choice should come as little surprise. Rohde, a legendary designer of theme parks and resort hotels for the Walt Disney Company, has long been driven by aesthetics.

As a company “imagineer” for more than three decades, Rohde was the lead designer for Disney’s Animal Kingdom at Walt Disney World Resort in Florida. He also was a driving force behind attractions that include Expedition Everest, Guardians of the Galaxy – Mission: Breakout!, and Pandora – The World of Avatar.

His Occidental experience has played no small part in his creative evolution. A studio art major, Rohde relished the opportunity to take courses in theater and philosophy: “This was my shot to learn.”

His time at the College, in turn, is reflected in Rohde’s creations.

“The intellectual training, the emotional training, even the social training that you get in a place like Oxy predicates you to believe, ‘I have something to say,’” he says. “It ended up being very good for me later.”

Rohde received support and encouragement from Robert Hansen, a professor of art, renowned for his own use of industrial paint on panels. Rohde calls his mentor “particularly tolerant” of his artistic sensibilities.

Those environments include “anything from a road system, retail, hotels, resorts, theme parks, all of the rides within the theme parks, theaters, and what goes in theaters – this whole realm of built storytelling,” Rohde adds. “By virtue of my liberal arts training, I have ended up in charge of high-content projects.”

He doesn’t just create visually striking displays. Disney’s Animal Kingdom is an advocacy-based park about wildlife conservation. In a similar vein, the company’s Aulani resort hotel in Hawaii isn’t just a place to kick up your feet at the end of a busy day.

“It’s hyper-focused on Hawaiian culture and Hawaiian voices,” Rohde says. “You can imagine the amount of research, the amount of cross-disciplinary investigation. Most of the work isn’t necessarily all arts. It’s going to need to be discussed, understood, researched and shared. That’s been my wheelhouse for 30 years. This is absolutely a byproduct of my liberal arts education.”

Rohde recalls that when he first started his imagineer work, he wasn’t the best model builder, nor were his specialties in the areas of illustration of set design.

But he did have one enviable aptitude: “That’s critical thinking, and the ability to investigate and negotiate. That strength comes from Oxy. That’s what allowed me to take on assignments and succeed when a lot of people thought, ‘well, this is just utterly impossible.’”