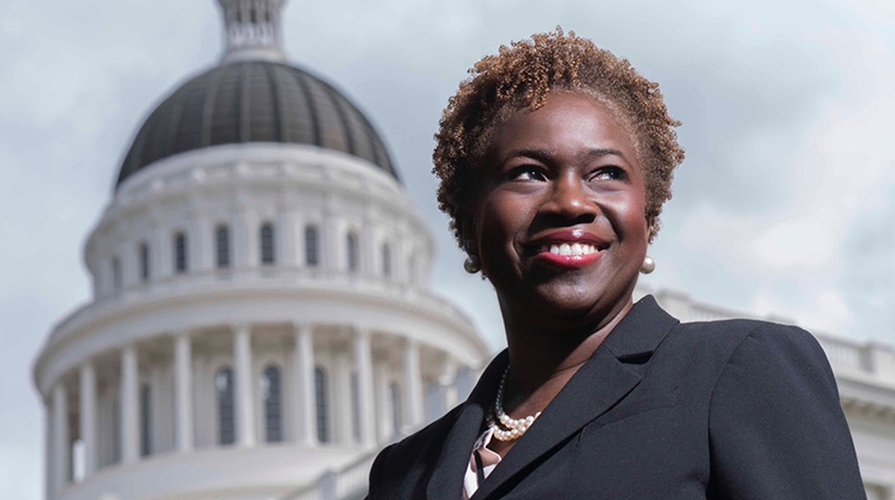 The daughter of an immigrant mother, Lande Ajose is helping to make the dream of attending college possible for new generations of students throughout California.

In January, she became Gov. Gavin Newsom’s senior policy adviser for higher education, a role in which she’ll continue to build on her life’s work: helping financially vulnerable students access a college education to escape poverty.

“Here in California, we face the highest child poverty rate in the country, which is shocking given that we have Silicon Valley and Hollywood and we’re the breadbasket for the nation,” says Ajose, who lives in Oakland. “We’re really focused on making sure that California residents get that first degree and that it’s not predicted by race, gender, ethnicity or ZIP code.”

Besides her role with the governor, Ajose also is chair of the California Student Aid Commission, the agency responsible for administering state financial aid programs and whose mission is to make higher education accessible to all Californians. With $2.5 billion in its coffers, the state runs the country’s largest financial aid program.

“We all know that California is in a cost crisis,” Ajose says. “No matter where you live, it’s expensive, and that hits students in particular ways. We need to think about how to manage those costs for students over time.”

Ajose developed some of her social sensibilities at Occidental at a time when colleges nationwide were being urged to divest from companies that did business with South Africa’s apartheid government. She grew up in Berkeley and decided to attend Occidental because of its small size and its big-city setting. She sang in the Glee Club and made lifelong friends during her time in Eagle Rock. After graduation, Ajose took a job as an admission officer for an East Coast college, but she returned home after realizing her talents were better used working behind the scenes.

When you think about the last several years of public discourse—or lack thereof—at the national level, there’s no greater argument for places that encourage serious questioning of who we are and why we believe what we believe.

Ajose says her time at Occidental played a pivotal role in her personal development. (She is one of four siblings, three of whom attended Oxy.) Classes honed her critical thinking skills, and she learned to better articulate ideas verbally and in writing.

“To the extent that you wanted to engage in a critical conversation with the college administration or with your professors, you had to come with your A game,” she says. “You had to be able to come up with a really strong, logical, rational argument.”

“When you think about the last several years of public discourse—or lack thereof—at the national level, there’s no greater argument for places that encourage serious questioning of who we are and why we believe what we believe,” she says. “Being in an educational institution that approaches that task with a fundamental commitment to rigor, to evidence, to open-mindedness—those are really core American values that are essential for upholding our democracy.”