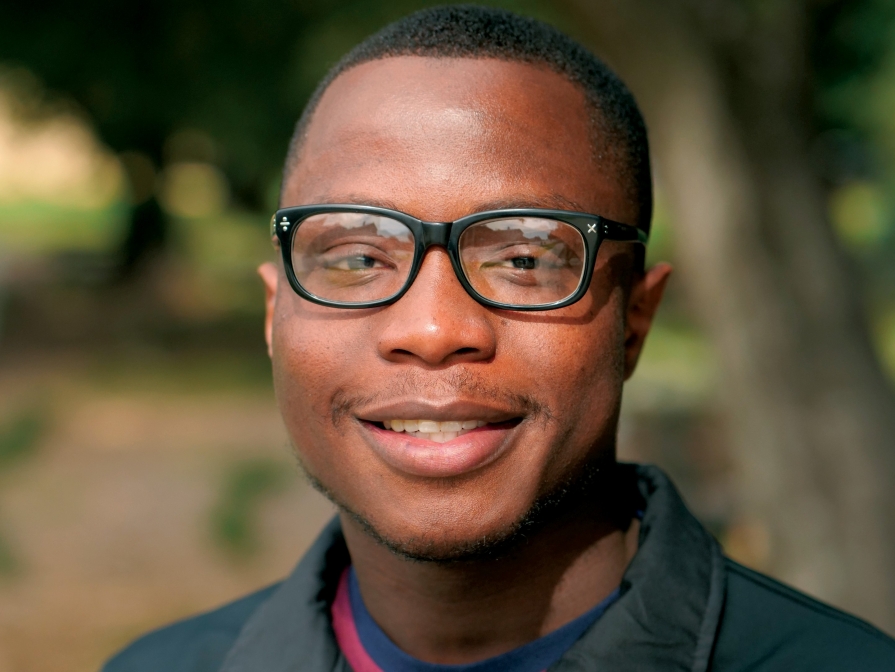 Transferring to Occidental College was an important step for Malcolm Sowah ’20 who wanted to study diplomacy and world affairs.

Originally from Ghana, Malcolm came to the U.S. to pursue higher education, following in the footsteps of his brother who also attended Oxy.  Malcolm’s start at a community college in New York helped him begin his educational journey, but it was at Oxy that he says he was able to really grow academically and personally.

“The opportunities that Oxy provides with the UN program, other study abroad opportunities, and the chance for students to participate in clubs and other networking programs were things I felt would be relevant to my academic career as well as my professional development,” he says.

He’s also been active while on campus, as part of the leadership in the Associated Students of Occidental College (ASOC) and through the InterVarsity Christian group and the African Students Association. Through these connections with students, as well as through connections with faculty and staff, he’s found a support system and a set of peers he can learn from.

Having financial support to attend Occidental, as well as to participate in study abroad and the UN program, has brought peace of mind to him and his family, knowing that his education is not a burden on his parents, but rather something that they are all very proud of.

“The opportunity to attend a private liberal arts institution like Occidental, would not be possible without any form of financial aid,” he says.

He says his mother’s influence on him and his siblings helped to shape his educational path. She helped Malcolm to learn about empathy, respect and care for others from a young age, which have influenced his choices at Oxy and the goals he’s set for himself after graduation.

After graduation he’s planning to take a job within an NGO that works in development issues in Africa, and his experience at the UN helped him understand more about the kind of work he could pursue.

“In the long term, I do want to go back to Ghana to be able to take on more of a permanent political or social role there where I can make a huge impact,” he says. “In terms of giving back to my community, I’d like to contribute to helping people be able to come out of poverty and the different issues people in Ghana face.”

He’s very aware of the need to do good for others, especially because of the support that’s been given to him. He believes strongly that whether his career enables him to do this, or he has the opportunity to volunteer or contribute in another way, it’s important to give back to his community and support others the way he was supported.

“Oxy has helped build my confidence in the career I want to pursue,” he says. “The support from the professors here at Oxy has enabled me to be able to build on that and look forward to the future.”