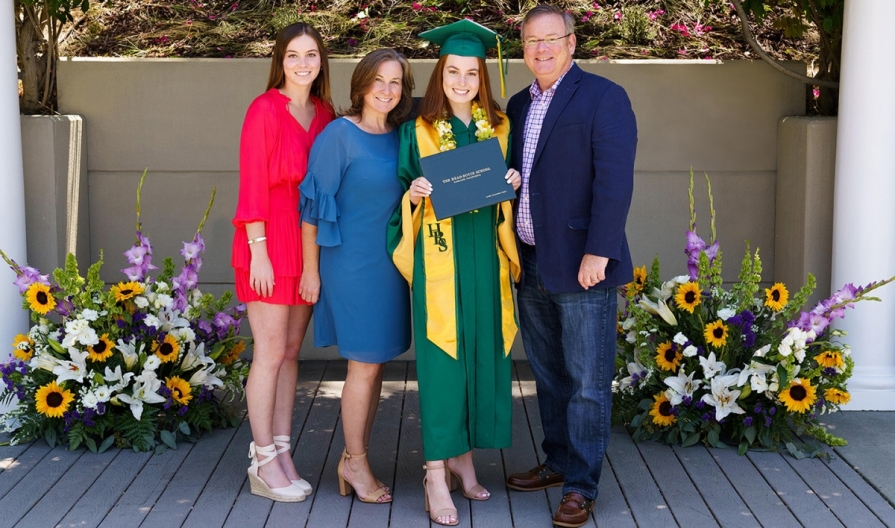 Michelle and John Henry have seen their daughter Madeleine thrive at Oxy, which is preparing her for leadership and helping her find her passion. That along with the potential of the College as an integrated leader in Los Angeles inspires them to get involved.

Although Oxy was the first college that Madeleine Henry ’22 visited, it’s also the one that stuck. Her mother Michelle, a political consultant, remembers her daughter’s enthusiasm as they walked across campus and through the building that houses the Diplomacy & World Affairs (DWA) department—her future major.

Today, Michelle and her husband John, a management consultant at Deloitte, can quickly name at least six of their daughter’s favorite professors. Each has made an impact on Madeleine through mentorship and personal investment, which, notes John, speaks directly to why she is excelling. Other meaningful experiences for Madeleine include the Oxy-at-the-UN program in New York this fall and writing for The Occidental student newspaper.

Madeleine made the best of the pandemic, remaining engaged with her professors and classmates virtually. She interned with the Los Angeles County Department of Health in the Office of Women’s Health and even assisted at vaccination sites. Eventually she would like to pursue graduate school after working for an NGO or a nonprofit. She’s currently applying for a Fulbright grant to study women’s health issues in countries with high migrant populations.

“Oxy is really preparing Madeleine to change the world in a leadership position that’s based on her passion,” John says. “It’s not about checking boxes, it’s about really discovering yourself and how you can contribute. She’s really excited about that and it’s because of Oxy.”

The College also delivers on a more personal level.

“I feel like Oxy really cares about the students,” Michelle says. “If Madeleine has a question or concern, she can immediately talk to someone and they actually move to act on it. She feels like she’s been heard.”

The warm and supportive community at Oxy made it easy for Michelle and John to get involved. Michelle has served on the Parents Council for two years and John has served on the Hameetman Career Center Executive Committee, working with College leadership on strategic planning that will help raise Oxy’s profile.

“Oxy has a tremendous opportunity in terms of tying together all the relationships and value that it provides to its students and faculty,” John says. “There’s so much potential to create a community where Oxy is integrated as a leader within Los Angeles.”

Michelle adds that in ten years, she hopes to look back and see Oxy continuing to thrive.

“At a time when we have polarization and people not fully understanding basic civics, having clear-thinking, clear-communicating people like the ones Oxy produces is so important for the future of democracy.”