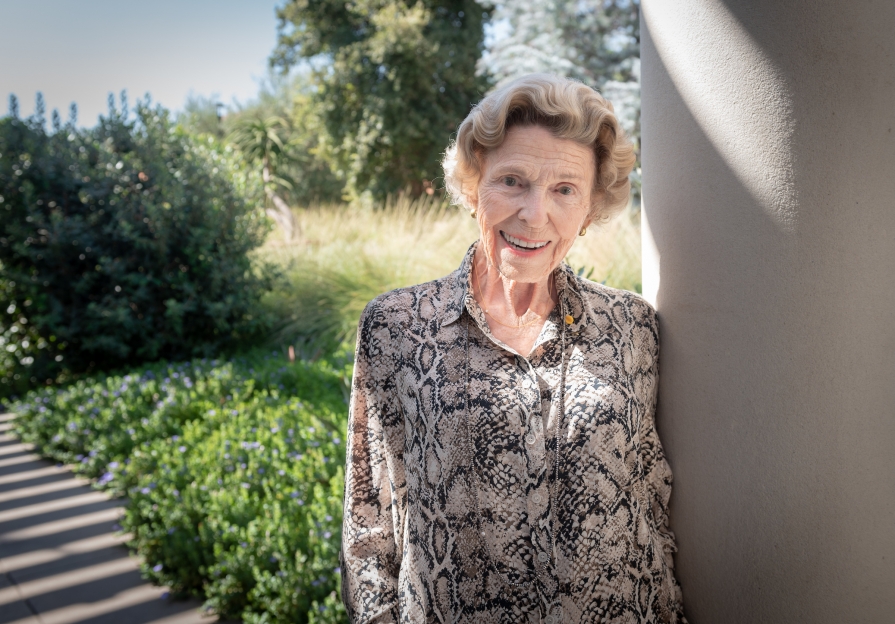 Trustee emerita Rosemary “Rary” Simmons ’53 has been giving back to Occidental since her graduation (her first gift, to the Oxy Fund, was $5).

It’s a family tradition: Her father Francis Stearns, Class of 1915, and his brothers Ted (also Class of 1915) and Val (Class of 1925) not only funded the construction of Stearns Hall but created endowed scholarships that now support more than 30 students.

“I was so lucky to be able to go to Oxy,” says Simmons, a psychology major who first learned “Io Triumphe” at the age of 10. “Creating more scholarships to make it possible for students who would not otherwise be able to come to attend Oxy is so important.”

Simmons has given her time to the College as well, not only as a trustee but as president of the William Stewart Young Society and a member of the Alumni Board of Governors (she is a past winner of the Alumni Seal Award). The former mayor of San Marino (the city’s first woman in that role), she says she has “always been a fundraiser. I started the Tiger Chest, the community chest at Occidental, and raised money for all kinds of things.”

The size of the gift doesn’t matter, she adds. “That’s what I always tell people when I solicit them—just participate and you’ll feel good about it. I do.”