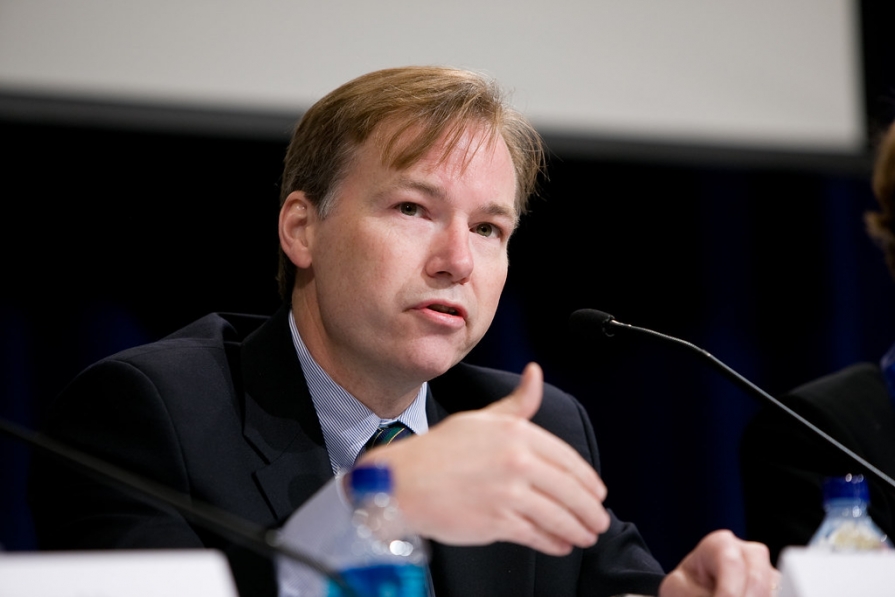 Steve Coll is the dean of the Graduate School of Journalism at Columbia University and is a staff writer for The New Yorker.

He was the managing editor of the Washington Post from 1998 to 2005, having earlier been a feature writer, a foreign correspondent, and an editor there; in 1990, he shared a Pulitzer Prize with David Vise for a series of articles about the Securities and Exchange Commission. From 2007 to 2013, Coll was the president of the New America Foundation.

Additionally, Coll is the author of several books, including “Directorate S: The C.I.A. and America’s Secret Wars in Afghanistan and Pakistan”; “Private Empire: ExxonMobil and American Power”; “The Bin Ladens: An Arabian Family in the American Century,” which won the pen/John Kenneth Galbraith Award for Nonfiction; “On the Grand Trunk Road: A Journey Into South Asia”; “Ghost Wars: The Secret History of the CIA, Afghanistan, and Bin Laden, from the Soviet Invasion to September 10, 2001,” for which he received an Overseas Press Club Award and a Pulitzer Prize; “Eagle on the Street,” which was based on his reporting on the S.E.C.; “The Taking of Getty Oil”; and “The Deal of the Century: The Breakup of AT&T.”