When Tayler Renshaw enrolled at Oxy, a thriving career in biotechnology was nowhere on her radar. But dedicated mentors, research opportunities in Costa Rica and career advising helped her find her way. 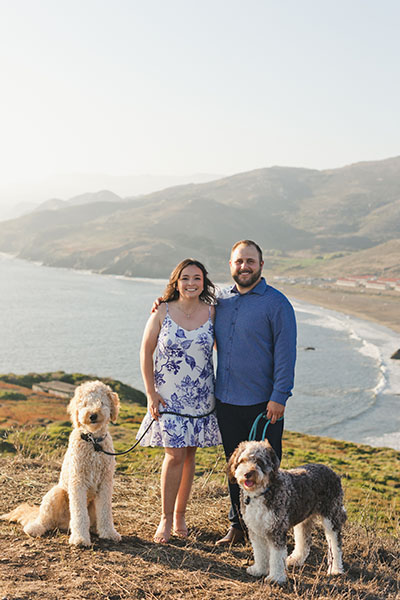 “I had a narrow lens of, ‘I like science, I will get a biology degree, I will go to med school, I will be a doctor,’” Tayler says. “It wasn't until I had pre-health advising at Oxy that I opened my eyes to this whole other career that took the critical thinking and strategy skills I honed at Oxy and applied them in completely different career paths that I didn't know existed.”

After graduating, she pursued a master of business & science (MBS) degree, with an emphasis in clinical and regulatory affairs, from the Keck Graduate Institute. In her current role as a director of regulatory affairs CMC for Astellas Gene Therapies, she strategizes the chemistry, manufacturing and controls (CMC) needed to develop treatments for rare diseases.

“The backbone of cross-functional interactions is working with different people with different levels of understanding and being able to drive strategy within a team,” she says. “That is a skill I absolutely learned at Oxy, both in the classroom and athletically.”

A soccer player since age 7, Renshaw’s deep love of the sport grounded her Oxy experience. “It was important to me to find a place where I could have strong academics with the opportunity to continue the athletic experience, because it was such a huge part of my identity,” she says. “Oxy really gave me that.” She played for the Tigers all four years as a goalkeeper and earned the league’s Brine Award of Distinction.

As an alumna, she returned to the field as an assistant coach for four years. When the COVID-19 pandemic struck, she and other alumni banded together to meet with students virtually and lend support. Later, when she finally was able to visit campus for a women’s soccer game, she was greeted with their familiar faces.

“That sort of community is the biggest reason I stay involved. It’s the sense of wanting to see those girls succeed, athletically and academically, and being a part of that,” she says. “There's something about campus that feels familiar. It feels a bit like going home.”