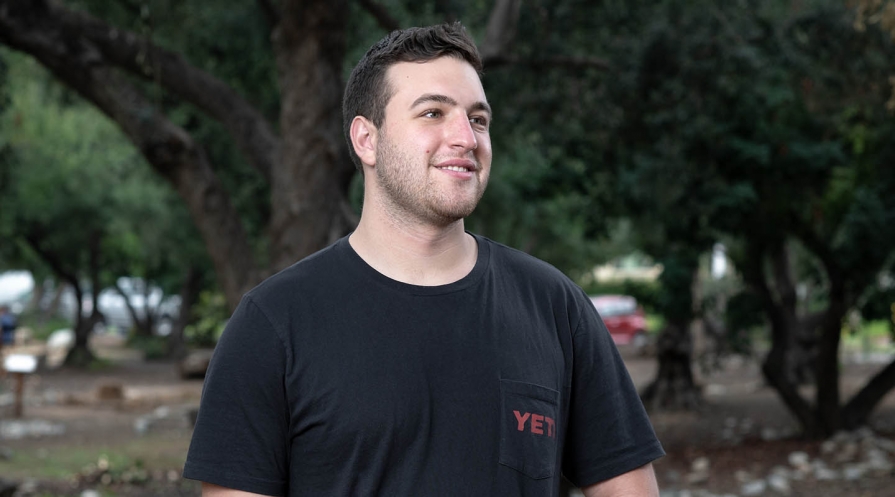 Will Sheerin initially chose Occidental because he felt drawn to the city of Los Angeles and he wanted to play Division III football. But he immediately felt a connection to the close-knit Oxy community.

Originally from Boulder, Colo., Will says the opportunity to work directly with faculty and really get to know his peers in class has been a critical part of his educational experience. The close connections allow for robust discussion where students can challenge assumptions and consider new ideas. Part of what makes this exchange of ideas possible is the diversity of students in the classroom, and Will sees that scholarships play a big role in helping students from all backgrounds attend Occidental.

“Oxy is very helpful with financial aid, and it draws in kids that maybe wouldn’t have applied otherwise,” says Will. “I think that brings in a group of students that is very special and a unique part of Occidental's culture.”

At Oxy, Will is a student athlete and has been involved in campus activities like Oxy’s TedX program and student government. He’s also held several internships and, thanks to scholarships, was able to pursue those that offered unique professional opportunities, knowing that finances didn’t have to be the driving factor.

Though he feels at home at Oxy, he also thrived during his study abroad program in Spain, where he lived with a host family for a semester. There he honed his language skills and learned to appreciate and respect another way of life. Scholarship support made the study abroad experience possible and allowed Will to fully immerse himself in the experience. “Having financial aid to cover an experience abroad was amazing,” he says. “I couldn't have done it any other way.”

Knowing that others were willing to invest in him and his education really pushed him to make the most of his experience and give it his all. “It makes you respect your education just a little bit more because you have someone else backing you, giving you that little push,” he says.

Will plans to work in a field related to economics after he graduates, but he also wants to pursue teaching high school math. He says the faculty mentors he had in high school and at Oxy make him want to be a mentor for younger students in the future. He thinks it’s rewarding to be in a position where you can be a mentor, and that helping younger students pursue their goals is beneficial for everyone.

Will is also already thinking about how he can give back to Oxy. “Being here on a scholarship makes me motivated to give back to Oxy for scholarships,” he says. “I would definitely want to make sure that a student like me in the future has the opportunity to come here.”